Couple whose boss of software company says their transgender son is ‘evil’ and they ‘would go to hell for supporting him’ receive Â£ 70,000 in discrimination damages

By Bhvishya Patel For Mailonline

A couple who have been told by a business manager their transgender son is ‘evil’ and they are going to hell for supporting him have received Â£ 70,000 in damages.

Vicky, 56, and Keith Brett, 55, left manufacturing software company Khi-Ro Limited in Peterborough, Cambridgeshire, after a series of abuse they received from boss Kate Forman over their transgender son.

Mrs. Forman’s engineer husband Stuart Forman, 60, who was also the firm’s company director, also harassed the couple by not intervening in the comments made in October 2018.

Mr. Brett, who worked as an engineer, and his wife, who was company secretary, Khi-Ro sued for unfair dismissal after both leaving the company following the abuse they suffered.

Vicky, 56, and Keith Brett, 55, sued manufacturing software company Khi-Ro Limited in Peterborough, Cambridgeshire, after being abused by the boss of the company over their transgender son.

A Cambridge labor court ruled Ms Brett had been unfairly dismissed and the main reason for her dismissal was that she had made ‘protected disclosures’ about her son.

Mr. and Mrs. Brett were successful in their claim of direct discrimination on the basis of sexual orientation or transsexualism.

The four-day virtual hearing in February also found Ms Brett had been fired for breach of contract and suffered illegal payroll deductions as a result.

Mr. Brett was also found to be unfairly dismissed and terminated for breach of contract.

He also suffered illegal deductions from his wages and was not paid for unpaid holidays, the court found.

Jobs judge Michael Ord said in the panel judgment released today: ‘The two claimants [Vicky and Keith Brett] were directly discriminated against on the protected characteristic of sex reassignment when Kate Forman told them their transgender son was mean and they were going to hell to support him.

‘At the same time, they were harassed by Mr. Forman because of his conduct as he was silent and did not seek to intervene when Ms. Forman – an employee of the Respondent [Khi-Ro] – thus abused the first and second applicants.

Judge Ord added: ‘The first applicant was automatically unfairly dismissed, the main reason for her dismissal being that she had made protected disclosures. 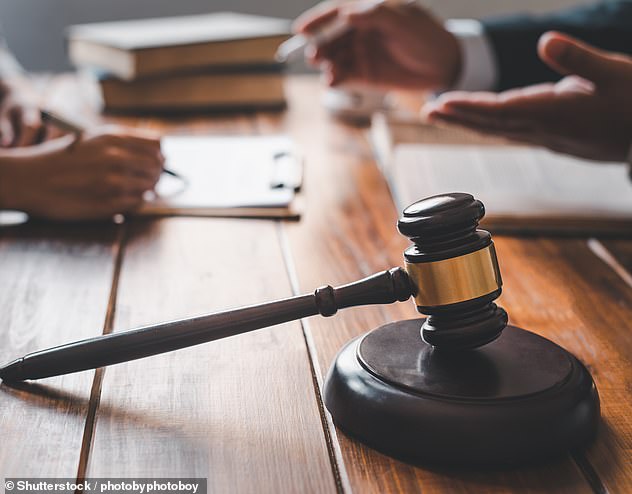 â€œThe second applicant was unfairly dismissed and was dismissed for breach of contract.

‘He suffered illegal deductions from his salary and was not paid for paid leave on that date. ”